What a delightful surprise! Seriously, Happy Death Day really does deliver. People who know my movie tastes wouldn’t think I’d be recommending a cheesy, comedy-horror mashup that centers around a […]

What a delightful surprise! Seriously, Happy Death Day really does deliver. People who know my movie tastes wouldn’t think I’d be recommending a cheesy, comedy-horror mashup that centers around a sorority drama queen, but count me in! Happy Death Day somehow takes the groundhog day theme, puts it in a horror genre and inserts just the necessary splash of comedy.

The official premise of the movie is as follows: “A college student must relive the day of her murder over and over again, in a loop that will end only when she discovers her killer’s identity.”

It’s absurd, I know. But it works. It’s just crazy enough to work!

Major credit for Happy Death Day belongs to the lead actress Jessica Rothe. I had not seen her in anything prior to this, and I may have a mini Hollywood crush. She has the perfect amount of MTV-acting quaff that definitely plays to the delightful tone. Rothe plays the Tree Gelbman character to a tee and once you get past the first 20 minutes when she is a snotty sorority stereotype, it’s hard not to fall for her.

The most prominent male presence in the movie is Carter Davis, played by Israel Broussard. He was delightful, just a treat. Gelbman and the audience learns more about the lover bird as we relive her dreadful murderous birthday. 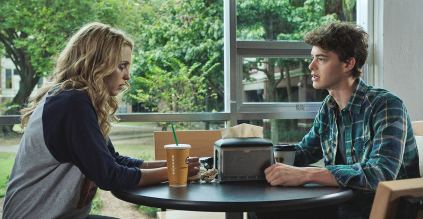 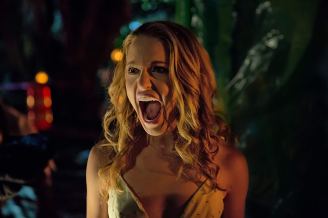 Director Christopher Landon has been around horror for a long time. He was around the Paranormal Activity franchise since second iteration in 2010. Landon’s directorial debut was Paranormal Activity: The Marked Ones, which was when I stopped tuning into the series. He did also make Scouts Guide To The Zombie Apocalypse which I was a big fan of; I have that marked down as a B+ on my movie list.

Happy Death Day doesn’t break grounds in terms of directing technique, but it is above par with the pacing. Credit has to be given to writer Scott Lobdell for the brisk story. Once the exposition is completed and the premise is unveiled, Lobdell and Landon don’t mince time. The smashups of Gelbman’s deaths are quick and varied. They also put the comedic spin on Gelbman losing her mind and taking chances. They address the absurd with her walking naked through the courtyard or getting desperate in wanting to get arrested. It is cheesy, but it’ll have to grinning through it.

Part of the reason I think Happy Death Day finds success is because it pokes heavy fun at the stupidity of college students. In particular college men. To the student who has the pleasure palace in his bedroom, or Carter’s roommate who refers to Gelbman in not so nice ways; you are idiots. Men are idiots. They raise the cringe up to a thousand and in the comedic tone of Happy Death Day, it fits right into the absurdity.

P.S. – Random thing here, but if you liked the MTV show Scream, then I have a very good feeling Happy Death Day will fit right into your wheelhouse.

P.S.S. – I LOVE the “They Live” poster next to Carter’s bed. Great horror homage.