During the opening moments of Super Bowl LII Disney and Lucas Film dropped the first teaser trailer for Solo: A Story Wars Story (2018). When I saw it literally left […]

During the opening moments of Super Bowl LII Disney and Lucas Film dropped the first teaser trailer for Solo: A Story Wars Story (2018). When I saw it literally left my frozen for a split second mid buffalo wing bite, I am not lying.

I was entranced when I first saw the action unfolding on my television…but I have some distressing news. The full trailer that was released in the morning on Monday, Feb. 5 has me more than a bit worried about this next installment into the ever expanding Star Wars Universe.

With the Lorde brothers originally at the helm of project being dismissed for the 180-degree different styled Ron Howard, this preview was the first glimpse as to who the original footage would mesh with re-shoots. To credit of all those who produced this trailer, Solo does seem to have a uniform feel and style. It looks a lot like Rogue One: A Star Wars Story(2016), which I still contest is the best of the three newer ventures into the Star Wars collateral.

One other positive I’ll take from the preview is that it appears writers Jon Kasdan and Lawrence Kasdan have focused on a heist story to act as a vessel to get to know Han Solo rather than making it a biopic feel. This worked well for Rogue One, so don’t fix what isn’t broken. We get a glimpse of the ring-leader Woody Harrelson and other crew members…

Enter the man who simply stole the trailer. This isn’t my point of view; this is literally the entire Internet’s point of view.

Donald Glover as Lando Calrissian is DASHING. That first big smile and unique mustache movement remains the one clip that has stuck in my mind. The fact that we haven’t even heard a word he has said yet (except for one little scene at the end with a yelp) and he is the most beloved part of the trailer should maybe be a red flag.

Emilia Clark, best known for playing Daenerys Targaryen in Game Of Thrones, is playing a character known as Qi’Ra. Seemingly a member of the robbery crew with Solo, it’s very safe to say that she’ll be a somewhat romantic interest that may accentuate the odd sadistic charismatic nature that was most evident in Star Wars Episode V: An Empire Strikes Back (1980).

My prediction for Qi’Ra is that she’ll die. Pretty safe assumption seeing how she isn’t mentioned (to my knowledge) in any other Star Wars movies. She will serve a purpose. This most likely end is not a bad thing. The death that punctuated Rogue One made the movie more profound. If done right, it can provide proper character context that’ll ripple through the past and future Star Wars cannon.

Now the biggest gripe I have with the Solo trailer revolves around the one character I haven’t mentioned yet. 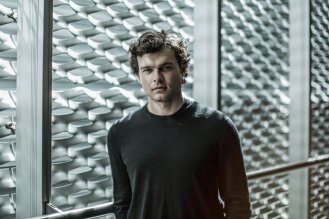 Han Solo, played by Alden Ehrenreich, just doesn’t seem like THE Han Solo. I’m sorry, it may be very presumptuous, but it just seems off. About six months ago, when the Lorde Brothers were dismissed, the Hollywood Reporter noted how LucasFilms brought in acting coach Maggie Kiley to work with Ehrenreich. LucasFilms was supposedly not happy with the way that he was approaching his Han Solo portrayal.

It concerns me that he is not prominent in the trailer. Most of his talking is voiceover, and the three lines of dialogue we seen him deliver are literally as short as possible. This may just be me overthinking, but I can’t help but think they are hiding him from the limelight. Maybe it is Howard and LucasFilm steering into the controversy and creating some natural buzz that’ll be spun into surprising positive PR…or it’s a legit problem.

Knowing the turmoil that Solo has gone through thus far in its production, I’ve been weary of how this origin story of the franchise’s most heralded sarcastic bad-guy hero would turn out. This trailer did not quell any of my inhibitions.

Posted on February 6, 2018 0 By jstanko99 Movies Posted in Movies, Trailers