“It: Chapter 2” | Like Luke-Warm Leftovers From An Originally Fantastic Meal

“Come Home.” It is time to return to Derry, Maine, the birthplace of It; the evil-in-carnet presence that takes the shape of an evil soul-devouring clown. Pennywise, after 27 years […]

It is time to return to Derry, Maine, the birthplace of It; the evil-in-carnet presence that takes the shape of an evil soul-devouring clown. Pennywise, after 27 years of hibernation, has reawakened hungrier and with more than a tinge of revenge on his sick mind. The Losers Club is reuniting, returning due to an oath they swore when their childhood ended with their conquering of fear. When they first took down It.

It: Chapter 2 is an entertaining two-hour 45-minute affair, taking you one many of the paths the novel treads. However, while the time passes by with ease, the content on the screen is not of the quality of its predecessor. In an effort to enclose everything that happened in the lengthy novel, the movie takes shortcuts in its progression. Characters who deserve more are short-changed, relationships are either forced or quickened, and notably, the scares are lessened. 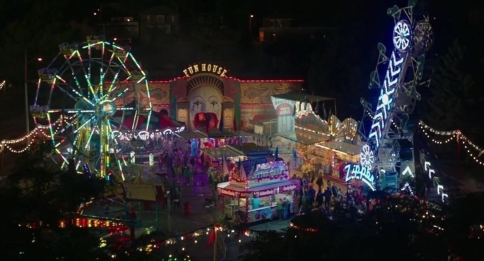 The main reason It: Chapter 2 falls short of its predecessor is the lack of compelling exposition dedicated to the characters and to Derry, Maine itself. We know the Losers Club as kids, but as adults, we know nothing about them in the movie. In the book version of It, there are chapters dedicated to exploring the life paths of everyone involved. Stephen King goes to fantastic lengths drawing the connections between the traumas of their childhood lives to their adult living conditions. In It: Chapter 2, each scene is short-and-sweet, and it doesn’t do enough to show how the terror they survived as kids (both from Pennywise and other antagonist entities) affects them as adults.

For example; in the book it’s touched upon how none of the Losers Club have kids. They have tried, but nothing coming of it. They can’t birth a child because they can’t bring an innocent creature into the world when their own childhood and youthful bliss was taken from them. In the book it is also explained how everyone who managed to leave Derry has had successful lives with tangible, fiscal success; the only one who is struggling is Mike Hanlon, who is struggling to make a living in the hometown library. This is gently touched upon in It: Chapter 2, but could have been expanded. 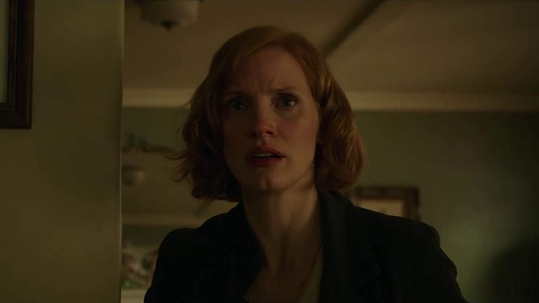 The largest difference in terms of character-development being short-changed come in the portrayal of Beverly Marsh. In King’s literature, Bev’s ex-husband Tom Rogan is a truly vile and malevolent person. His evil matches that of Henry Bowers (who is also short-changed in It: Chapter 2) in 2017’s It. It’s a missed chance to explore the shame she feels. She, along with Hanlon, have their characters changed the most when comparing the book and the film.

Also, the town of Derry. In It, the town itself feels like a character. The isolation and dome-esq secretion of the terror limited to the town line is created with the way the kids travelled the neighborhood on bikes. While Bill Dembrow gets to reconnect with the Silver Bullet, the evil aura of the town is not nearly as omnipresent. It: Chapter 2 tried to mimic it, but just couldn’t capture the same je ne-sais-qua.

The breakout star of It in 2017 was either Finn Wolfhard as young Richie Tozier, or the aforementioned Skarsgård. In It: Chapter 2, Wolfhard’s heir to the Richie role is the brightest star, but the clown is dowsed by a dying flower and drowned out. 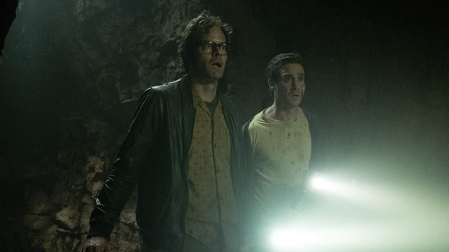 Hader plays the elder Tozier persona and makes it his own. All of the comedy the Dauberman and Muschietti is funneled through Hader and through his filter it fits into the movie. Hader has said in interviews that playing a part in a horror movie was hard for him, but he really made it look easy. Most notably, his chemistry with James Ransone, who plays grown-up Eddie Kaspbrak, shines off the screen.

Skarsgård on the other hand, he doesn’t get the same chance to shine. The creepiest part of It were the moments when Pennywise was interacting with the kids from a distance. When the clowns were rising after the leper chased Eddie; when he was waving a severed hand at Hanlon while being beaten by Bowers; when sulking in the flooded corner while Georgie torments the psyche of Bill. 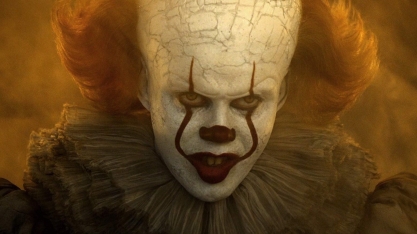 In It: Chapter 2, there are less of these moments, and those fleeting moments are ended with opened-jaws and blood rather than a creepy smile. Sometimes less is more. Sometimes, let the actors act rather than the CGI teeth flare.

In terms of the plot with It: Chapter 2, it centers around the Ritual of Chüd. Hanlon thinks he has found a way to stop It all together, a way to end the terror haunting Derry and the Losers Club. The ritual itself is taken directly from King’s book, but its origin and process are far different. In this version, the Losers Club must go find tokens for the ritual itself, therefore allowing for an excuse in the story to isolate the crew and let them have their own interactions with Pennywise.

For those curious, in the book, The Losers Club first splits up in an effort to try and remember what happened in their childhood. Through their re-tracings and eventual retelling of stories in the Derry library, much more exposition is shared on each of the main characters, and many of the secondary.

I’ll admit to it right here. I am sounding a lot like “The book was better than the movie guy.” But so be it. It is 100% true in this case.

It: Chapter 2 does not capture the pure surprise that It scared into audiences in 2017. The movie itself is entertaining, drags very little, uses its stars well and is able to skirt of the major pot holes with Muschietti’s confidence in creation. Pennywise is entertaining, but the true horror he’s capable of seems locked in a cage by a limited timeframe. If you tell me that this book will be made into an extended limited series, then I’d be increasingly interested about what an “American Horror Story”-esq story taking place in Derry could look like.

See It: Chapter 2 to complete the story. You won’t be bored. Then put It on when you get home and remember how the first ingested your terror and attention so much more.