I’ll admit, this one took me for a spin. When I first say the trailers for Jumanji: Welcome To The Jungle (2017), I thought “Oh dear, another Baywatch.” However, I […]

I’ll admit, this one took me for a spin. When I first say the trailers for Jumanji: Welcome To The Jungle (2017), I thought “Oh dear, another Baywatch.”

However, I am rather glad to report that the sequel to Robin Williams’ 1995 original is not nearly as bad as one would in think. In fact, I laughed. Rather loudly at moments.

Taking the concept of advancing the original tale to the modern age, four distinctly differently-personality bound high school teenagers are sucked into the wondrous video game world of Jumanji. So begins their quest of growing mutual-understanding and self-learning; together they must work together to return to the real world.

Jumanji: Welcome To The Jungle is kept afloat down its adventurous river by the performances of its superstars. Plain and simple. Dwayne Johnson, Karen Gillan, Kevin Hart, and the ABSOLUTELY scene-stealing Jack Black provide chemistry punctured by comedic timing. 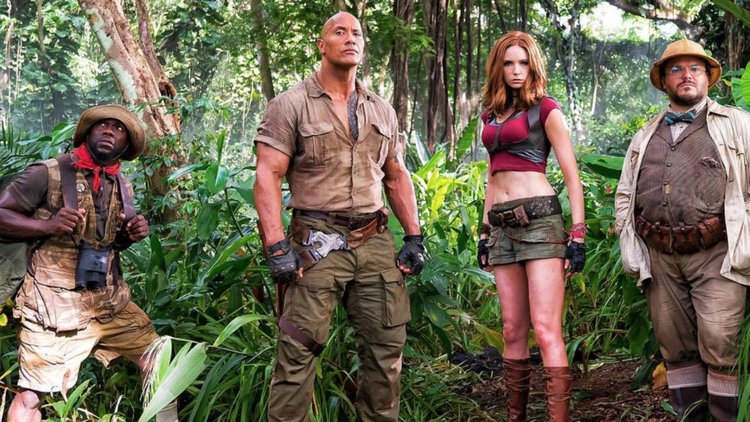 This movie reminded me of a pick-up basketball game; there is the court (the basic story) where the playmakers walk upon, and the competitors (actors/actresses) are just putting on a show to entertain the masses, not worrying about the fundamentals.

The coach of this team is generally young major film director Jake Kasdan. Part of me things that this lack of experience benefited Jumanji: Welcome To The Jungle. A massager of egos and personalities, Kasdan made the whole experience a self-aware enjoyable thrill ride. That is the only way an over-the-top movie like this could have worked.

People know me as a movie snob. I will readily admit that I am most of the time. However, this movie bucked my trend do to one large part: Jack mother freakin Black. This dude was born to play the role of an attractive high-school stuck in a chubby middle-aged man’s body. Remembering him fondly from School Of Rock (2003) and Kung Fu Panda (2008), his performance in Jumanji had me yearning to re-watch his previous work. 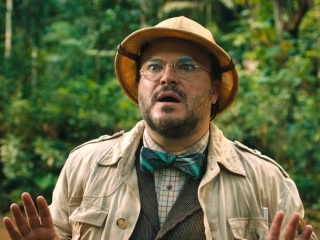 If I can lend a recommendation to everyone, please check out Gillan as Amy Pod during her run on the BBC show Doctor Who. I developed a massive crush on her then, and I was disappointed by her underwhelming role of Nebula in the Marvel Universe…however her charm and fantastic charm-filled facial expressions in Jumanji: Welcome To The Jungle brought me right back.

I never thought I’d say this, but I do recommend going to see Jumanji: Welcome To The Jungle. It surpasses mediocrity and is a more-than-watchable self-aware experience.