Last week I had the pleasure of visiting Ireland for a college buddy’s wedding (shout out to Ronan and Maria!), which naturally means I had some time in the airport and aboard the plan to watch some films.

Below are my thoughts on the movies I watched while travelling. Enjoy!

Horrendous. Very bad. Just an unenjoyable film. Every classic action trope is done without pizazz. Every acting performance is unenthusiastic, granted you can’t blame them because the writing and script was just horrendous.

Do not watch “Black Site Delta”. Save yourself the time.

What a huge, huge disappointment. What happened? There was no charisma in the movie. The writing was bad, the action scenes lacked excitement, and the plot “twists” were more predictable than a Law and Order classic procedural.

The best part of the movie was the surprise appearance of Helen Mirren, mother of Deckard and Owen Shaw. Also, WHY WAS OWEN SHAW IN THIS MOVIE? He was the most unneeded throw in cameo that paid zero dividends.

Scott Eastwood as Little Nobody was a waste of screen. Kurt Russell is great as Mr. Nobody, and I attest that a better movie would have been him tutoring his inept little protégé.

Charlize Theron was suitable as Cipher, but her little getaway reminded me of how Batman would just have villains escape in nefarious ways in the 1960s.

The best scene of the movie was Hobbs, played by Dwayne Johnson, just acting like the incredible hulk and sending jail guards one million feet with every punch or toss.

“The Fate of the Furious” was a huge disappointment. Just a dud. Bleh.

My ratings for the Fast and the Furious franchise: 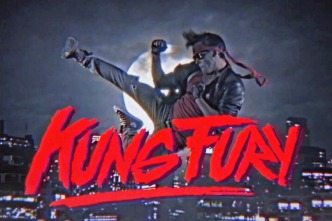 “Kung Fury” is 30 minutes of pure fun, over-the-top action madness. Credit to director, writer, and lead actor David Sandberg for creating such an enjoyable experience. They short film doesn’t take itself seriously and that makes it just an absolute delight.

Check out my more comprehensive thoughts regarding “The Lost City of Z” in my previous post, but if you want a cliff notes version…This is a simple story told magically and everyone should see it.

Admittedly, this movie is not the greatest. However, if you need a brain-numbing experience with adorable quirkiness from Anna Kendrick and a few chuckles, “Table 19” does the job. It’s a premise that has been done before, and all things wrap up incredibly clean.

“Table 19” does have a surprisingly good cast that includes Kendrick, Craig Robinson, Lisa Kudrow, Stephen Merchant, and Amanda Crew. None of the acting will blow you away, but I can see why this 90-minute escapade can be appealing.

“Valhalla Rising” is a premiere example of a movie that critics adore, and audiences shy away from. For my money, I am ashamed that it took me so long to see it. Director Nicolas Winding Refn uses his vision with the camera to emulate the most animalistic of human emotions. The shots of the diverse landscapes are breathtaking, and the close-up frames of Mads Mikkelsen as One Eye are all-to-engrossing.

Mikkelsen’s character literally bites, claws, punches and rips his way through his adversaries as part of this truly handsomely disturbing character examination. One Eye has no dialogue, yet you understand every decision he makes and all thoughts he possess. The guardianship duties he feels over The Boy, played by Maarten Stevenson, is intimate and distinctive. It’s no coincidence that those two have no names despite being the catalysts for the film.

“Valhalla Rising” will stick in my mind as being one of the most charmingly and distressing movies I’ve seen in recent times. Credit to Mikkelsen and all the actors for diving into Winding Refn’s strong vision and creating something that blows away expectations.