Skip to content
“Rambo: Last Blood” | It Is What It Is…And That’s Good Thing
Movies

“Rambo: Last Blood” | It Is What It Is…And That’s Good Thing

RAMBOOOOOOOO!!! Up front, Rambo: Last Blood is not for everyone. If you don’t love action, violence, the character of John Rambo and the screen presence of Sylvester Stallone, then you […]

Up front, Rambo: Last Blood is not for everyone. If you don’t love action, violence, the character of John Rambo and the screen presence of Sylvester Stallone, then you won’t like this finale of the franchise. HOWEVER, if you love those things, then Rambo: Last Blood is going to suit you just fine.

The last hurrah for John Rambo is a classic revenge tale that uses the first hour as a slow-burn to the absurdly violent, bloody, creative, satisfying and fitting ending. The Vietnam war veteran has a newfound fondness for family and residential ranching life torn away from him when his niece Gabrielle (Yvette Monreal) takes it upon herself to go down to Mexico and seek out her biological father. Naturally, having urged against her going, Rambo feels immense guilt when he finds out that trouble found Gabrielle in the worst way possible.

Seeing both the safe return of she, and a bit of revenge on the side, Rambo finds out that his path to rescue her is not as easy as he’d wish it. Humbled and hungry for satisfaction in a guardian’s angel job well-done mystique, a series of events pushes Rambo beyond the brink. The lid he had kept on his violent past is torn off, resulting in deadly ingenuity boiling over with whistling bloody steam. 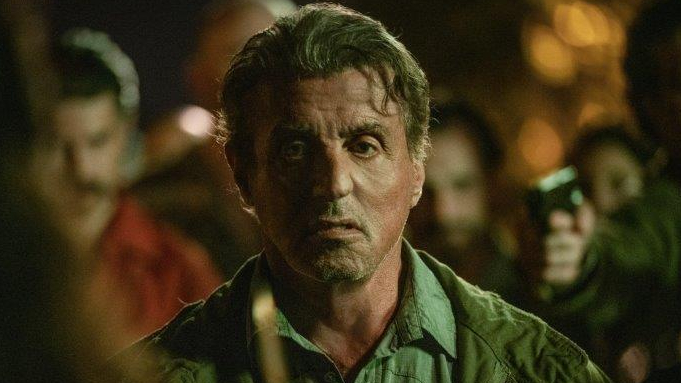 Let’s be real here. The acting in Rambo: Last Blood is not great. In particular, Monreal’s portrayal of Gabrielle is something left to be desired. Stallone has his monologues preaching peace and a sheltered life that strike the ideal simple chord. If you had to pick the strongest performance, it’s the tandem of the Martinez brothers, played by Óscar Jaenada and Sergio Peris-Mencheta. The evil brothers tandem don’t pull any punches as characters and their simplistic evil nature makes it easy to buy in. 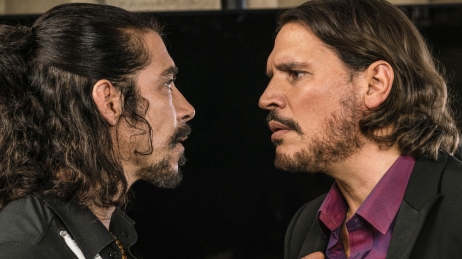 Acting isn’t the lynch pin in making Rambo: Last Blood go. Neither is the story. Taken straight out of the 70s and 80s style, it flows from checkpoint to checkpoint. There are a couple swerves on the story’s road that do provide a jolt, but the biggest shock and joy comes from the final 30 minutes of the movie.

Let’s get to the violence.

Rambo, not-so-subtly, provokes the Mexican criminals to travel north of the border to his home ranch. Naturally, they trespass into a trap. The montage of Rambo creating inventive traps, stuffing shotguns, sharpening knives, perfecting archery and planting explosions is like foreplay to an action lover. You know it’s building up to what the whole movie is about.

The setting of the final battle is in a series of tunnels that Rambo has dugout underneath his ranch. The audience is kept in the dark as to how expansive they really are for the majority of the movie. The vastness of the tunnels is finally laminated when Rambo decides it’s time to turn out the lights on his enemies.

Returning to the guerilla warfare style that was most prominent in First Blood and Rambo: First Blood Part II, director Adrian Grunberg blends the old with the new. The blood and gore are on absurd levels, matching that of 2008’s Rambo. Limbs severed, bones visible. It’ll really tear your heart out… 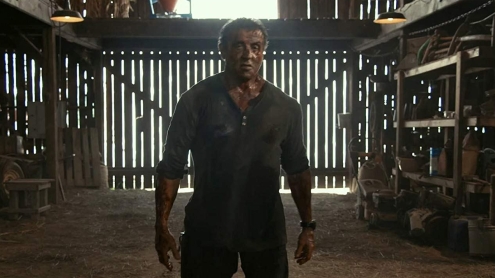 If you know the history of John Rambo and his original portrayal in the David Morrell’s novel, then you know every movie past the 1982 original is a strong divergence. It’s no-longer a character and societal study. It’s now an action-fest. The original trilogy slowly devolved into that with Rambo III featuring a helicopter and tank show-down, but the major budget-increase came back in 2008. Rambo: Last Blood puts a capper on that evolution (or de-evolution depending how you feel I guess).

Rambo: Last Blood is for fans of the genre and the character. It’s a guilty pleasure that can be consumed with ease. There is not a lot of thinking involved. Just grab some popcorn and get ready for some fun.