Reacting to movies that happened way in the past is an odd thing. The legacy of the movie is already embedded in the culture and minds are often made regarding […]

Reacting to movies that happened way in the past is an odd thing. The legacy of the movie is already embedded in the culture and minds are often made regarding to the imprint the story made. Alas, here’s my eight-year too late take on Limitless.

First thing first. The story of Limitless is a bit of a mess. A drunkard failing writer gets an all-powerful drug from an ex-brother-in-law who has reinvented himself in the nine years since the two had last seen each other. Little did Eddie Morra, played by Brady Cooper, know that 30 minutes after taking this drug, he now has full access to his cranial function. So starts the roller coaster, both for Eddie and the tale as a whole. 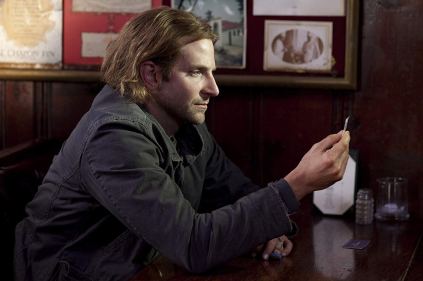 Vernon, the ex-brother-in-law, is shot dead. Eddie is desperate for that intoxicating feeling of being the smartest man in the room, and in a frantic search, he finds himself a stash of these wizard-creating pills. Now a man of means willing to do anything to make money and create himself a legacy, Eddie finds himself in a series of misfortunate relationships, whether it be with Russian mobs or swindling financial businessmen. However, the drug NZT is having a negative effect on Eddie’s psyche, and those around him are beginning to notice. Can Eddie ween himself off the drug while fending off those who want to control him and also protecting those he cares most about?

There is a quite a bit going on, and not all of it makes sense. The Russian mob part is just odd. There is a man in this movie who appears to be a hit man but says only one line and appears to be seeking to commit Eddie harm. Come the final 10 minutes, the story is just wrapped up in a bow like nothing. There are a lot of plot points in Limitless that are just thrown about.

Now 2011 was primetime Bradley Cooper come-up. Two years after The Hangover but a year after the disappointing The A-Team, he needed a win. Limitless was a win for him at the time, and a year later in 2012, he’d have two critically acclaimed roles in The Place Beyond The Pines and Silver Linings Playbook. Cooper is fine in Limitless, but I don’t see a star-propelling role that many made this out to be. He has the charisma that seems innate with an attractive actor being in the spotlight; however, it isn’t the wind underneath this story’s wings.

What makes Limitless more enjoyable that is has a right to be is the direction taken by Neil Burger. Prior to 2011, Burger was the director for The Illusionist and The Lucky Ones. This was his most resounding success in terms of box office in his career, nearly doubling The Illusionist. Limitless does trippy drug scenes better than expected, and the scenes of duplicity upon when Eddie and various others take NZT for the first time garner attention. Burger’s direction and feel for pace pushes the story fast enough to where the follies in storytelling don’t drag down the experience. Now Burger is most known for Showtime’s Billions, but has recently seen success with on the silver screen with The Upside in 2019.

Before closing, can we talk about how Robert De Niro is in this movie? Where did that come from? How did he get involved? He doesn’t have to do a lot per say. He is there to literally get an audience reaction of: “Holy crap, is that Robert De Niro?” I sure as hell wasn’t expecting as much of him as we ended up seeing.

Also, Eddie was hooked on drugs right? Fast forward to the end of the movie..looks like he is running a clean life in no time WHEN HE IS RUNNING FOR SENATE? A third haircut for Eddie has led to a clear road of recovery that has him retaining a lot of his smarts and perception. Seems like there are ZERO negative consequences for his NZT escapades. Would have liked to see some sort of loss to ground the main character in at least a speck of reality.

Safe to say also, this movie was a success in more than one way. CBS developed a short-lived TV show that included Cooper as a steady reoccurring role. While now the limits of Limitless seem to have been met, the movie is an ideal late Saturday afternoon TV-appetizer that’s just interesting enough to keep you awake before the prime time game kicks off. Seeing Bradley Cooper beginning to flex his charming screen presence is intriguing, even if it doesn’t live up the height in the years past release.